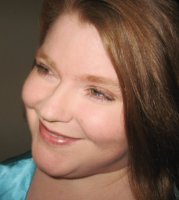 Let's get to know Catherine!

What made you decide to write?  What did you do before becoming a writer?

Let’s see, I was a pizza cook, movie theater manager, retail sales associate, receptionist at a (TINY) non-profit, teller and new accounts rep at a bank, office peon at an investment firm…and then I ended up as a full-time college student, part-time tutor. Writing is something that I always had an interest in, but never really did seriously until I went back to college and was an English major. One of my profs for a poetry course asked me to try my hand at writing some poems for extra credit. I did, and he thought I had promise, so he encouraged me to take his creative writing course the next semester. In that class, I focused mainly on poetry (a mistake, as, in his words, I have a “maximalist” style which does not lend itself well to poetry), but wrote one longish short story. Based on that, he strongly “encouraged” me to try my hand at long fiction. I didn’t think I could write a book, so I researched how to write a novel before I ever decided to do it. And when I did decide to try it, the only ideas coming to mind that seemed strong enough to try were Regency-set historical romances. Two months later, the first draft of my first novel was complete, and I’d joined a critique group—where I discovered that, while I showed a lot of promise, I had a lot left to learn. I kept writing while going to school full-time, finishing three more manuscripts, getting an agent, losing an agent, etc. before seeing what might happen if I self published. Now, I am a full-time writer.

Do you have a writing routine? What does it look like? Where do you usually write?

The only thing “routine” about my writing is that there must be coffee involved. I used to write primarily at home, while I was going to school. I’d moved back in to live with my dad while I worked toward my degree, but he was a long-haul truck driver which meant he was GONE most of the time. That made it really easy for me to focus. He has since been forced into an early retirement, and so now he is HOME all the time. Focus has gone out the window.  So now, I leave the house to write. I’ll go to coffee shops, the library, Panera—anywhere I can sit down for long stretches with a cup of coffee and plug in my laptop. Lately, I tend to try for 30 minute stretches of writing, followed by a five to ten minute break and then another 30 minute bout of writing. I feel like I’m better at ignoring the internet/social media and whatnot if I know I can check in again in half an hour, and then I get more words on the page.

What do you do to fight burnout? Do you ever worry about "running out of stories"? How do combat that? Even though I’m a full-time writer, I haven’t let myself get burned out. I have learned my best writing times (afternoons), and don’t try to force myself to do writing related tasks in other times. In order to be sure I’m still working in those other times, though, I devote my mornings to editing tasks, maintaining my social media presence, writing blog posts, responding to emails—as much of the business side of things as I can. Writing can be addictive, though, so I have to be sure I give myself time off. I do write at least some every day, but I’ll go to a movie on the weekend, or have my nephew come to spend the night, or recently I’ve bought a mini-plan to see the Dallas Stars during several home games. Time away from the computer is essential. Lately, I haven’t come close to worrying about running out of stories, because I have so many wanting to be told that I haven’t had time to write, it’s ridiculous. When I get a story idea (a Shiny New Project, or SNP), I’ll write enough of it down that I can refocus on my current WIP and move on. Sometimes, these ideas don’t give up easily. I might have to do more than jot some notes down—like do some character sketches, a plot outline, or even write the first few chapters. Usually though, I spend at most a few days to a week away from my primary project lining out a new one before getting back to work. (Don’t ask me how many SNPs I’ve got sitting and waiting to be written. It’s liable to get me committed.)

What kind of scenes do you have a hard time writing?

Scenes involving either heavy emotion or action. I tend to write really quickly when I’ve got a lighthearted or humorous scene in the works, but action bogs me down like nothing else. And while I love reading heavily emotional scenes, writing them can really drain me. I have to do them a little bit at a time, or else I get so caught up in the emotion that I can’t function as a human being for a while.

Tell us a bit about your work in progress.

I’m working on Pariah, which is the second book in my Old Maids’ Club trilogy. The trilogy revolves around a set of three cousins who vowed as girls to grow old together as spinsters, just like their favorite aunt. Pariah has been a bit of a departure from the norm for me, as most of my stories have been highly humorous even when dealing with the occasional heavy subject. In Pariah, however, I’m tackling PTSD and dementia and more secrets than I can count (almost), and so I’m struggling to maintain my trademark humor without making a mockery of the weighty issues these characters are facing on a daily basis. It’s been a really good challenge for me, and I feel like I’ve grown so much as a writer for even attempting it.

What is next for you?
I’m planning to start soon on one of those SNPs that came up over a year ago and I’ve got a few chapters written on. It’s a project that is completely separate from any of my other books or series, and I’m hoping to use it to see what an agent and traditional publishing might have available for me. And once it is complete, I’ll get back to work writing the final book in my Old Maids’ trilogy.

Thank you for hanging out with us today!

So, what else do you want to know about Catherine?
Posted by Dawn Alexander at 6:54 AM

How is the self-publishing thing working out for you? I have mixed feelings about reading new writers who are self-pubbed, what is your experience?

Hi, Teri. Thanks for stopping by. To this point, I have no regrets whatsoever about self-publishing. I'm able to write for a living, and I'm making a better living at it than I ever did in any of my previous jobs.

There is still a huge stigma out there about self publishing, and there are plenty of readers who will not give self-published authors a chance. That is changing (slowly!) however, as there are more and more quality books coming out through self-publishing. There are readers who look for someone who has gone this route, because they've found many gems through this route.

If you're unsure about reading a self-published book or author, my best advice to you is to read the free sample you can download before purchasing. Almost all of the venues which sell e-books allow for a sample, and you can often tell whether you'll enjoy a book or an author through that, or whether it is something you won't be interested in. :)

Good point about reading the sample!

I am guessing that, financially, it probably makes more sense for a writer to be self-pubbed if she put enough energy into the self promotion...and I'm guessing, that as e-publishing becomes the primary source of most people's literature, that internet word-of-mouth is going to be more important than seeing a big shiny ad in a magazine (although going into Barnes and Noble and putting my hands all over a paper back still causes me to open my purse!).