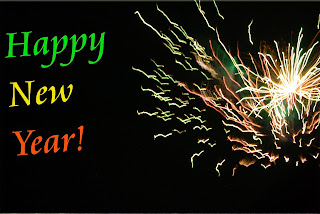 Okay, I know it isn't New Year's Eve yet. In fact, if you are like me, you are still so stuff from Christmas you aren't even thinking about Saturday.

But I want to hear your best New Year's Eve stories anyway.


I having been trying to conjure up my best memory of New Year's Eve.

This is difficult because most of them blend together in an alcohol-induced haze. The overarching themes from my younger years involve  friends, a karaoke machine and lots of drinking in the back bedroom. Unfortunately, a good portion of it is preserved on video.

Must destroy all copies before my children are old enough to see...

One NYE that will always make me smile centers around sneaking a friend's underage brother  into a bar in New Mexico. He didn't drink, just hung with us.

That same night,  I vaguely remember running the table on a friend's overly-confident (read: cocky jerk)  fiance while everyone thought I was too toasted to stand up, much less focus on the cue ball.

At midnight, everyone else kissed their future husbands, I kissed three gay men.

The New Year's Eve Kiss-at-Midnight thing as never worked out well for me.

Case in point, at the time of one of the aforementioned parties, I was seeing two different guys (one for fun, one for keeps- I thought) and heavily flirting with a third (because this was college and he was just hot!).

All three made an appearance at the our New Year's Eve party.


Fun Guy~ stopped by long enough to try to persuade me to leave with him. Stayed less than fifteen minutes. Wasn't there at midnight, but called at 2 am because he hadn't found anyone better to bring in the New Year with. Yeah, he was a winner.


For Keeps Guy~ Came by for a while. Had been drinking since noon. Drank more with me and inexplicably left at about 11:45.


Hot Guy~ Asked me to go outside with him when For Keeps Guy left so we could "talk some place private" *Promising* Made me sit in the front seat of his freezing truck while he confessed his undying love for my roommate and asked me to help set it up so he could kiss her at midnight.


Yet, another year I kissed three gay men.

LOL!!Your stories crack me up! LOVE!

My most memorable one was when I was 15 or 16 and a famous comet or planet or something was supposed to come through or be seen on New Year's Eve. Can't remember exactly but I really wanted to sit on my roof and see it, but my older boyfriend thought it was silly, which ticked me off and I refused to go out. I'm mean like that. He went w/o me. He was mean like that.

I was friggin miserable that night, but at about 11:45 he showed up (with his little brother's telescope) and we spent the rest of the night out on my roof in blankets. I need to check the history and find out what year for sure that was. And my mom wasn't home. But my dad was. Not that that has anything to do with it, other than no way would my mom have let me spend hours out of her sight with a guy in a blanket, especially after showing up with a... telescope. ;)

I have a billion crappy New Year's Eve stories. One landed me nearly getting kicked out of Bible college. But my husband (pre-husband at the time) and his smooth tongue got me out of it. It's also what got me into it in the first place. LOL

Hope you had a Merry Christmas! :)

Many of my New Years Eve stories are a bit fuzzy. And sad. I choose not to dwell on them.

My recent NYE's have been more about trying to stay awake until midnight and then hoping like hell that our friends leave by 12:15.

Thanks for stopping by ladies!
Jess~ Love the telescope story. So very sweet. Would also be very interested in hearing the other story. It sounds juicy!

Teri~ I am right there with you about trying to stay awake until Midnight. We usually just stay home and I am good with that!