Have a plot? Leave one. 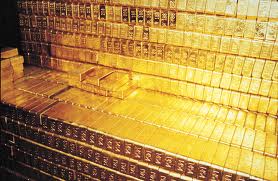 Have I got a story for you this week!
Can it be a coincidence both of the stories came out within days of  each other?
I think not.
This just begs to written

Germany is transferring nearly 700 tons of gold bars worth $36 billion from Paris and New York to its vaults in Frankfurt.

That could be an awesome story alone. Think of all the people who have to be planning and scheming how to steal even just a little of this money right now!
But, then you have to read this!

German police say robbers dug a 30-meter (100-foot) tunnel into the safe deposit room of a Berlin bank and escaped with their haul, setting a fire as they left to cover their tracks.

You know who is plotting to steal it?
THOSE PEOPLE! Right?

What a great plot!

Think of these characters:
I could do this all day!
What do you got?
Swap with me!

We have our own plot brewing just down the street here...the next town down the highway from us...
Three young men, all former military, two with police records, killed a fourth man and dismembered him, putting parts of him in a dumpster, leaving his headless torso in a barn...

The police said they told them they were ridding the world of an evil drug dealer. I'm not sure their motives were quite so altruistic...but my writer brain is going a lot of places with this!

I really liked the one about the daughter leaving her dad's old crew hanging...but maybe she falls in love with one of them and he turns out to be undercover. So he's after her and really, she's out to sabotage him, but they want the same things. Fun fun fun!