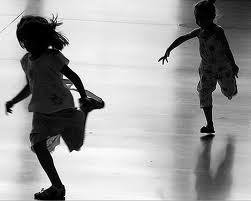 The fabulous Jessica R. Patch tagged me in her
Lucky 7 Meme
post on Monday.
The rules are supposed to be:

I struggled with this because I have several WIP going. Most of page 77s don't make any sense without some context. So, I cheated a bit.
I went to the 7th document in my WIP file.
Which is only titled LUKE and picked page 7.
So, here is what you get:

“A statement? A statement of what? I edited some pictures and somebody wants to kill me for it?” Gloria said.
Luke crossed his arms. “David Buckner was picked up yesterday for allegedly beating his wife unconscious after their divorce hearing. During the hearing, she produced some very graphic pictures of him engaging in lewd acts with his secretary. Two hours after he was released on bond, he was dead.”
“So, what do I do? Make a statement then go home so they can find my body when they come with my subpoena to testify?”
“The department can protect you.”Luke said.
“Like they protected me from Grigsby?”
The familiar guilt pierced his heart. He dropped his gaze and walked to the door.
“A lot has changed since then,” he said as he opened it.
“Yeah, I can see that," she said.

And, ANYONE ELSE  who wants to play. I love reading these little snippets. SO, if I didn't tag you but you want to jump in, feel free! Let me know and I will pop over and read.

Posted by Dawn Alexander at 8:22 AM

Ack! So then what happens?

Yes, then what happens!!! Great excerpt!

I posted a comment earlier and I think Google ate it.

Thanks for the tag!

Y'all are so sweet. :) What happens next is they get shot at, of course!
It is unfinished, but I can send it to you if want to read it. :)