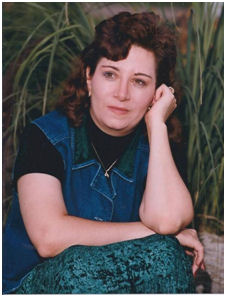 A stay-at-home mom with a husband, three kids and a writing addiction on the side, Staci Stallings has numerous titles for readers to choose from.  Not content to stay in one genre and write it to death, Staci’s stories run the gamut from young adult to adult, from motivational and inspirational to full-out Christian and back again.  Every title is a new adventure!  That’s what keeps Staci writing and you reading.

Her latest release is: 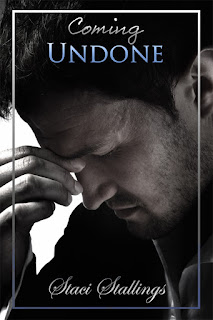 available for Kindle and Nook.

Let's get to know Staci!


What made you decide to write?  What did you do before becoming a writer?

Before I became a writer, I taught high school English for three years. I quit that job to start my family.  A year later, we had finished building our house, which had kept me busy to then, and I had a one-year-old.  And I was bored silly.  So I got a book about living your dreams. It kept asking what did you love to do and why weren't you doing it? I'd completed a full-length novel (by hand) in middle school, and I thought, "I've always liked to write..."  That was how it started.

Do you have a writing routine? What does it look like? Where do you usually write?

I do not recommend my writing schedule or my work area. My life right now looks like this:  3 kids in school, a husband, two businesses, 2 large extended families, two schools and their fundraisers, teaching Sunday School, writing my blog, marketing, helping other writers edit, publishing new books--therefore, doing cover design, etc., 5 cats, 1 dog, a yard and a house complete with laundry, dishes, etc.

"So when do you write?" That's your next question, right?  The answer is, I don't know. I don't know when I have time to do any of this and stay sane.  What I've learned is, I let God show me the next step and I take that. I put blinders on to everything else. When I do that, somehow I do get things written, and all the other stuff does get done.  My work space is about as crazy as my life.  So, the blinders things helps in many ways. :)

Is the life of a writer what you thought it be? What is different?

In some ways yes it's what I thought it would be.  I love connecting with readers, hearing what they took from the stories.  I love connecting with other writers--helping them with their stories and learning to write.  The one thing that's tougher than I expected is marketing. It's not that it's hard.  It's that it takes so much time.  In some ways that has gotten a lot easier with the Internet because now I can go on someone's blog rather than traveling to a book signing.  In others, it can be overwhelming because there are so many opportunities out there, and you can feel like you're missing so much.  The blinders and letting God figure it all out help here as well.

Do you have any special time management tricks for working in writing time and living a normal life?

Breathe.  Pray.  And trust!
(I may turn this into a poster and hang it above my writing space.)
You say that each of your books has taught you something about God and his timing.  What do you hope your readers take away from your books? How do connect  with the reader who isn't a believer in God?

I don't consciously try to connect with anyone. I write the stories that God gives me the way He gives them to me.  Then I take the marketing and publishing steps He asks me to take and let Him worry about who is supposed to read what.  I had a lady that I knew from my hometown who came up one day after she had read "Cowboy," and she kept saying, "I just don't know how you would know all of that. I read it the whole time going, yes, yes, yes.  This is so right."  I was in a hurry during that conversation and I didn't get what she was telling me.  It was only afterward that I realized she had lost her husband to cancer some years ago just like Ashton has lost his wife to cancer in the book.  We got the chance to talk later and I said, "I realized why you said that."  She said, "I was just blown away that you would understand what that's like to lose someone like that."  Honestly, I don't know that I do, but I know God does.  He used that story to minister to this woman who was in so much pain.

That's what I see so often. I write the story, and God puts it in the hands of the person who most needs those words.  So it's not me.  It's totally HIM!

Having completed over 30 novels , what do you do to fight burnout? Do you ever worry about "running out of stories"? How do you combat that?

Writing to me is like breathing.  Really.  It is relaxing.  I don't fight it like I hear so many people do.  For me, I don't try to get every word perfect the first time. I just write.  I never know where the story is going. Is it one I will publish or not?  I don't know.  I just write.
But here's the thing.  When I was very young, at night I would come up with stories, "dreams," to put myself to sleep.  It was like I had a movie screen in my head.  So I would lay down, remember the dream that I liked, push play and "watch it" until I went to sleep.  So that's what I do now.  I pull up whichever "movie" I'm watching (I write 5-6 books at a time), push play, and watch the movie.  Then I simply transcribe what I'm seeing.  So I don't envision ever running out of stories.  In fact, I've got several that will probably never get written simply because I don't have the time!

What sources do you use for inspiration?
( Music, movies, people watching)

I don't like camping, and I can't ski (and worse, I have altitude sickness so I can't even go to the mountains.  :)  What does that have to do with writing?  Well, a few times a year my husband takes the three kids to one or the other of those outdoor activities for a weekend.  During that weekend, I get enough Chinese food to last me three days, and I watch movies.  One after the other after the other after the other.  In fact, I buy movies throughout the year specifically for those weekends.

Invariably about midway through this movie marathon, BAM! I get a flood of ideas.  In fact, I think if I was able to watch something other than Disney Channel 24/7, I would probably have more ideas come at other times. (Oh, I hear you about the Disney Channel!)  Alas, that is not for this time in my life, and maybe that is for the best as I wouldn't have time to write them anyway right now!

Tell us a bit about your work in progress.

The book I'm working on right now is about a dyslexic writer.  I didn't know he was dyslexic when I started the book.  But he would sit in the corner of this coffee shop all huddled over his laptop.  The waitress there falls for him.  However, he wouldn't let me see the laptop screen.  Now, I've been through deep-down life secrets with enough other characters that when I realized that, I was like, "What's up with that?"

Well, at the same time, my youngest son was struggling like crazy in school.  He was a VERY bright and creative kid, but reading and spelling were about to drive us all nuts.  During that summer we found out he had dyslexia.  Shortly after that I got back to writing, and it hit me.  Jake is dyslexic!  The cool thing is that we've found a real, honest-to-goodness answer for my son's dyslexia so that he no longer struggles like he was.  So I'm now writing that answer into the story.

What is next for you?

Right now I'm knee-deep in putting books up for Kindle and Nook.  I'm about to release my eleventh novel there.  The next project in October is my first Bible Study called, "Theirs is the Kingdom."  It's about the first Beatitude and living with the mantra, "I can't but God can."

After that, I will be releasing one book a month.  At the moment I have enough material to go through 2015.  (WOW!) I guess at that point, I'll see what's after that.

Thanks so much, Dawn!  This has been fun!
Thank you for sharing with us.
So, what questions do you have for Staci? Are you in as much awe as I am at the sheer amount of material she has prepared?
Posted by Dawn Alexander at 10:36 PM

Umm, wow. I have no excuses for not getting anything done!

Congrats on your achievements and keep on keepin' on!