Today I am super excited to be featuring my awesome critique partner
Teri Anne Stanley! 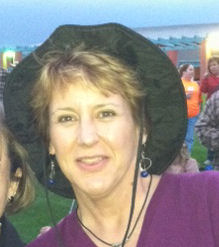 Since Teri and I are already pretty tight. I went with a slightly different style of interview. Hope you enjoy it!


Let's Get to Know Teri!

If your writing ego is a super hero, what does your mild-mannered alter ego do during the down time?
I hang around Stately Stanley Manor with my butler Alfredo and think great thoughts.
Actually, I “work” in a research lab at a large Midwestern university.  Science is pretty cool when it works, but unfortunately, most of my experiments seem to result in a lot of head scratching and “WTF did I do wrong THIS time?”
I do love the creative problem solving aspect of research.
I also have a husband and three teenagers, a Labrador retriever, and a frog, so that keeps me busy. Maybe not the frog so much, but the rest of the family can be pretty high maintenance.

Best kind of Hero?
I like the damaged, wounded, messed up heroes the best.  And he’s got to work really hard to overcome his messed-upedness, once he decides to get with the program.
He’s like, “OMG, I am so messed up, I have to be a recluse, or a butthead,or constantly saving damsels in distress to make up for how messed up I am.”
And she’s all,  “OMG, you are so messed up, but you are really hot and I totally want to get with you even though your messed-upedness is in direct conflict with my own issues."

And he’s like, “Baby, I love you but I am so messed up that I have to run away from you even though I can’t keep my hands off of you and my rock hard abs are not the only thing about me that is…” (okay, well, you know).  “And maybe I can just go get my S%&t together and come back and you’ll love me.”
And she’s all:  “Baby, I love you even if you are all messed up, get over your stupid self and we can do this together because love conquers all.  Or love and a good therapist, anyway.”
Hottest guy ever?

Wow, this one really stumps me!  There are just so many choices.  In no particular order:

Anyone in a uniform (okay, maybe the lawn service uniform doesn’t quite work for me as well as those dress Navy whites) 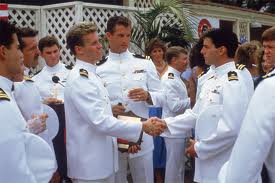 Best Dance craze of the 90's?
Oh, this is a trick question, isn’t it? I know!  The Macarena!  The only other dancing I did during the nineties was to Disney and Barney music.
*Teri manages to work The Macarena into almost every critique*
Tell us a bit about your obsession with the Civil War history of Kentucky?
I live in Kentucky, but I grew up in Ohio, so the only thing I really learned in school (that I remember) is that slaves had to escape across the Ohio River from Kentucky to be free…which, in my mind, meant that Kentucky must have been a confederate state.  Then I moved to Kentucky, and there is very little to dissuade one from this assumption…there are a lot of confederate flags on pick up trucks here.  Imagine my surprise to learn that Kentucky actually started out neutral and eventually joined the Union (although a great many residents still fought for the confederacy.   It was pretty messed up), but Kentucky was still a slave state until after the war was over.  Who knew?

I heard you got to go on a super cool book adventure with Making Waves and another  author. Give us  some details.
Tawna Fenske, who wrote Making Waves, had a blog contest, in which she invited readers to take an ARC of her book on a tour and report back with pictures.  I am amazingly blessed to live in a part of Kentucky that is home to Big Bone Lick State Park, the Beaver Lick Baptist Church, and the town of Sugar Tit.  How could she not choose me?  I had a blast.

You can check out Teri's adventure here:
Part 1
Part 2
Although I did have a run in with Keri Stevens, author of Stone Kissed, which was a bit harrowing:

I happen to know you have some rather interesting hobbies outside of writing, what else do you do in your free time?
Apparently, my big hobby is Never Saying “No”.  I have always been crafty—I knit, I spin wool, I quilt…when I told a coworker, who is a fitness trainer, about my quilting, she said, “You sew, how about making my posing suit for my figure competition?”
Huh?
Well!  I had heard of body building, knew that there are female body builders, but I didn’t know about “figure” competitions.  All those women who appear on the cover of magazines like Oxygen and Fitness, and Womens’ Health?  These are the women who compete and win figure competitions.  Who knew?  And they wear these bikinis that are made of fancy spandex and are totally encrusted with rhinestones.  And they spend a lot of money on these suits.
(here’s a link to some pictures)

So I shrugged my shoulders, and said, “Sure. How hard can it be?”
Ummm…pretty hard, especially compared to sewing cotton fabric in straight lines.  But I persevered, and now make a couple of suits a year.

What are you working on right now?
I’m very slowly putting words together for a story about a woman who inherits a run-down marina on the Ohio River, its nutty residents, and the slightly disturbed (but very yummy) Army veteran who reluctantly shows up and helps her chase off some bad guys who want to sabotage the business.

Teri, thank you so much for stopping by!
So, what questions do you have for Teri? She is a fabulous critique partner. She also has a pretty sharp wit. I am sure she will be happy tell you whatever you want to know. :)

This may be your best post ever, Dawn. I laughed, lusted and learned. Fun interview, Teri.

I'd add Gerard Butler to the list of hot men...actually, I'd put him at the top.

Good to get to know you, Teri.

Glad y'all liked it! Definitely have to agree on the Gerard Butler comment. He's yummy!

Teri is a regular stop-in at my blog, and my stately neighbor (I'm in Ohio) so it is with a bit of bias I say how awesome she is! And funny, I LOL at her muchly. ;) And of her man choices, I totally saved the picture of Johnny. Cuz, you know I need ONE MORE pic of him...

I giggled all through this! Fun, fun interview!

Johnny Depp...why must you post this pic when I'm at CHURCH working. Ha! :)

GREAT interview! I giggled all the way through it. Well, when I wasn't drooling over the eye candy. We have remarkably similar taste, Teri. ;)

So glad y'all enjoyed the interview and the men :)

Sorry if they conjured up any impure thoughts :)