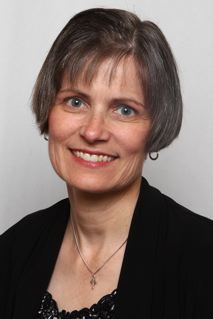 KELI GWYN
Award-winning novelist Keli Gwyn is a California native who lives in a Gold Rush-era town at the foot of the majestic Sierra Nevada Mountains. Her stories transport readers to the 1800s, where she brings historic towns to life, peoples them with colorful characters, and adds a hint of humor. She fuels her creativity with Taco Bell® and sweet tea. When she’s not writing, she enjoys spending time with her husband and two skitty kitties.
Keli's debut novel, A Bride Opens Shop in El Dorado, California, will be released by Barbour Publishing in July 2012.
Inspirational Romance:
Ho-hum or Happening?
By Keli Gwyn
Inspirational romance. What is it? How does a writer keep it from being preachy? And how do inspirational writers handle the sexual aspects of a story?
Dawn has graciously invited me to her blog to answer these questions. Let’s start at the beginning. . .
What is inspirational romance?
If you’ve ever wondered, you’re not alone. When I tell people at church, the grocery store, or the post office that I write inspirational historical romance, I often have to define the first word. I simply say Christian, which works for most people.
Sometimes, especially for my Christian friends, I’ll explain that I write sweet, traditional stories I’d let my daughter read. That’s my tactful way of saying the reader won’t encounter explicit sex scenes or strong language—without using the word sex. Sneaky, huh? J
How does an inspirational writer keep from being preachy?
Believe it or not, this is something we Christians often ask ourselves. We inspy romance writers don’t want to turn off readers by blasting them with hellfire and brimstone messages that will make them want to pitch our books into the nearest burn pile. What we endeavor to do is show our characters doing their best to live their lives according to Christian principles, those outlined for us in the Bible.
Are our characters perfect? No way. They blow it just like anybody else. Our goal as inspirational writers is to show them growing in their faith, which we do by including a spiritual arc for the main character(s). Those characters who aren’t Christian aren’t expected to follow the same guidelines as those who are.
If you pick up an inspirational romance, will you find a conversion story in every one? Nope. While some might include a character who comes to accept Christ during the course of the story, most characters are professing Christians at the beginning or are believers who might have strayed from the faith they once claimed.
How do inspirational writers handle the sexual aspects of a story?
Each publisher has different ways of addressing this issue, but there are some general guidelines. Inspirational writers (and readers) understand that God created us as sexual beings and that sex is an enjoyable part of the relationship, which is to take place between a married couple. There are, however, inspy books in which unmarried Christian characters have sex or had sex in the past, but often dealing with such choices becomes part of their faith journeys.
We don’t shy away from sex in our stories, but we do keep the sex act “behind closed doors” in most cases. Our primary focus is to show the attraction between a couple as being multi-dimensional. We work hard to bring out the emotional elements drawing the two characters together rather than putting the emphasis on the physical.
I’ve heard inspy writers say that it can be more challenging for us to write a sexual scene than for a non-inspy writer, and I’m inclined to agree. Whereas the latter can be vivid in their depictions and descriptions, we inspy writers are generally limited to glances; touches of the face, hands, arms, and small of the back; and, of course, kisses. Our job is to make those glances, touches, and kisses count.
And we do. Just because a book is an inspy doesn’t mean the sensual scenes are ho-hum. I’ve read a number of inspy romances with beautifully crafted scenes that make it clear the couple desires one another and leave me fanning myself. The very fact that the unmarried couple doesn’t give in to those desires increases the tension, which can be fun for the reader. Think of the tension between Bones and Booth or Castle and Kate. You can find that sizzle in inspy stories because they really are happening.
Keli, thank you so much for sharing with us!

Keli will be around today to answer questions or comments. What do you think when you hear Inspirational Romance? Do you agree it is more difficult to write a sex scene without any sex? Is tension enough to make a book hot?
Posted by Dawn Alexander at 2:51 AM

Great interview, Dawn and Keli! Keli, I love how you addressed misconceptions about inspirational romance. I agree with you wholeheartedly--lack of sex doesn't mean a book lacks sensuality. Thanks for the insights!

Anne, my dear sweet encouraging critique partner, thanks for your comment and kind words. You know better than most the behind-the-scenes challenges I face as an inspy author. I learn so much from you. You're the best!

Keli, you put it all perfectly. I'm going to have to memorize it so I can convey it as clearly when I'm asked! Thanks. :)

Thanks for your kind words, Jesse. I really appreciate Dawn's invitation to blog about my genre. I'd not put my thoughts into words like this before, so I'm glad you found them helpful.

I have been away most of the day. Thank you so much for doing this. It is very enlightening.

Thanks so much for inviting me, Dawn. I'm honored.