Tell Me Your Story Tuesday:
Dancing with Words
Featured Author: 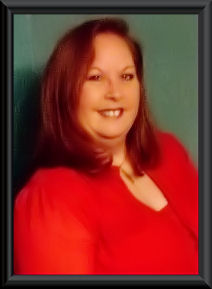 Linda Graves,
author of the newly released
Shimmying Faith.
Dancing with Words
First, a big thank you to Dawn for inviting me to share the story of my writing journey. Like many writers, I began at a very young age. In elementary school my stories were simple, usually about horses. As a city girl, it was my greatest desire at the time. However, life got in the way and writing fell by the wayside as other interests took over. My passions moved to include softball, choir, band and drama by middle school. Those love affairs continued until long after high school until another passion swept me into its grasp.
In college, I discovered Belly Dancing. Middle Eastern dance swallowed me whole. For thirty years it was the joy of my life. During that time I married and had a family. I love them dearly, but it was dance that moved my soul. I loved every aspect of dancing, the performing, the teaching, the costume design, the choreographing. Like choir, band and drama I loved the entertaining.
After a few years, I became co-director of Scheherezade’s Fantasies. For the next eighteen years, even finding enough free time to read a book seemed to be a near impossibility. When a few years ago we disbanded the troupe, I found I had tons of free time to fill. While chatting with my teenage daughter and one of her friends about boys, I started telling them the PG13 stories of the many zany dates/relationships I was involved in during my twenty-six single years. They convinced me to write them down, which turned out to be my first completed manuscript, Trying on Shoes.
I knew little of the art of writing, only the art of entertaining. Still, I was excited about the new form of entertainment that had presented itself. After attending a lecture by Candace Havens at a nearby library, I realized that romance was the direction I wanted to head. As much fun as my dating life had been, reality was who would be interested in my love life? So I decided to break up the ‘Boyfriend’ stories and weave them together to make some interesting, and of course totally “fictional” characters to grace my overactive imagination.
Over the years, dance has given me a gaggle of fun, rather unique experiences. When maneuvered around to protect the not so innocent, then combined with the boyfriend stories, I had plenty of fodder for tons of stories. Now that I had material, my next step was education.
I began taking on-line writing classes and non-credit college courses to improve my craft. After less than a year, I submitted my first completed manuscript Shimmying Faith to more than twenty publishers. I knew little about them, but ignorance is bliss. Several months after receiving multiple, “Interesting concept, but not what we’re looking for.” or the simple form rejections, I finally opened an email that said, “Congrats! We would like to offer you a contract.”

Needless to say, after ten or so minutes of jumping up and down and heart palpitations I settled down to read the email. Yes, they really wanted it! Even with the still much needed editing they wanted Shimmying Faith. Now, eight months from that most welcomed email, I am a published author with Whiskey Creek Press.
The classes, blogs and conventions are always there to help me hone my craft. I am somewhat A.D.D. so I have at least ten manuscripts in the works. My erotic Raqs Rory, is in the ‘submit’ process, my paranormal Jaguar’s Dance is in rewrite. I’m lovin’ my current venue to entertain. Now my favorite thing is to get my groove on, Dancing with Words!
Linda Graves
http://lindagraves.com
Check out SHIMMYING FAITH’s book trailer on YouTube
Linda, thank you so much for sharing your journey with us on Tell Me Your Story Tuesday.
*If you are an author (published or still in waiting)  I would LOVE to feature your story.
Email me at writerinwaiting (at) gmail (dot) com*
Posted by Dawn Alexander at 2:01 AM

Hi Linda, wow what amazing experiences. I have a friend that just loves her Belly Dancing. It is good to know there really can be light at the end of the tunnel. As long as we keep trying and practicing. Congratulations on you success and I can't wait to pick up your book.

Great post. Congrats on the new book! Love the premis and the cover. I can't wait to read it.

Hey Linda:
Fun to learn more about you. Do you still play softball? That's one of my favorites too. Good luck on your release :) Rockin cover BTW... *wink*
Gem

Love the cover... :) Congratulations on the release I hope it's a huge success!!!

Thanks Dawn for letting me play in your yard :)

Thanks Jerrie! Hope you enjoy it as well...

Wow Gemini, glad you like the cover! You want the name of the artist? *wink, giggle* And no, I haven't played softball in years. I'm hoping I can get my granddaughter involved in it.

Thank you for coming to play!

Great blog, Linda. Best of luck with your book!

Loved this post, Linda. What a wonderful concept.
I'm also story-related ADD, lol. Glad to hear I'm not the only one! Best of luck.
Love the blog, Dawn!

Best of luck with the book, Linda.