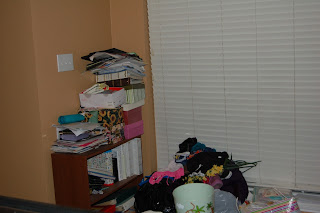 I've been avoiding sorting through the picture stack of my current major project because I know it's going to be an overly emotional experience. From looking at photos of high school friends who have passed  to snapshots of my children as babies, I probably need to just get a box of tissues as well as a bottle of liquor and just do it.

In my avoidance, I concentrated on the stacks of paper and stuff that were inside the desk.  I assumed most of it to be old bills in need of shredding, some pay stubs from three jobs ago, maybe a letter or two from former students. I could handle that.


Instead, I found buried treasure: 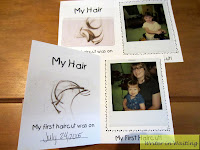 Polaroids and hair snips from girls' first hair cuts.
Which happen to take place at the same time, despite the year age difference. My oldest daughter was a very, very bald baby. 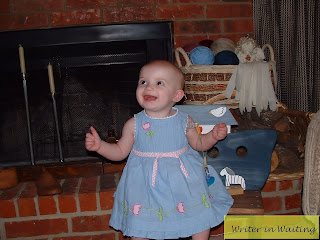 Letters from a sweet woman who I wish I could still call. Virginia Hawkins was the grandmother of a 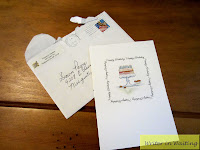 boy I dated my last year in high school and first two years of college. She had an infectious laugh and a quick wit. After he and I broke up, she called me to let me know how unintelligent she thought he was being and that she still loved me. She wrote me letters after I moved to Texas. Several of them were lost in this sea of paper. This birthday card and one that I couldn't get out for the picture or I'd cry again. A folded piece of stationary thanking me for the invitation to my wedding and telling me how happy she was I'd found someone to share my life with. She passed away in 2002. Her grandson that I dated died in 2008. 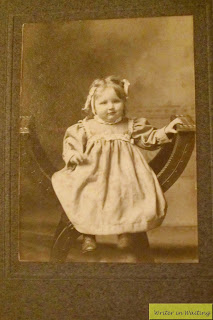 This picture of my great-grandmother was stashed between an electric bill from 2007 and a lease agreement from the second year I was married. 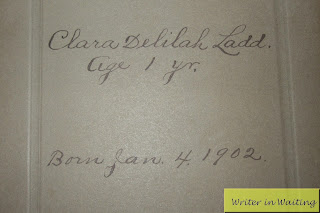 Last, I found a gallon sized Ziploc bag stuffed with old Christmas cards. I considered not going through it. In the middle of the stack, I came across this: 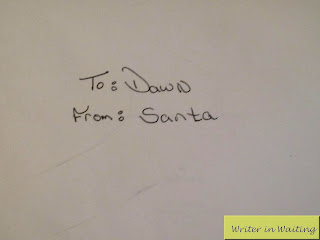 Inside was the best treasure of all: 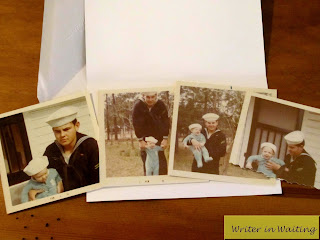 Pictures from of my dad with my cousin taken years before I was born.

I don't remember getting these or ever seeing them before.
I'm not sure who they came from but it brought back good memories of him holding another baby 33 years later. 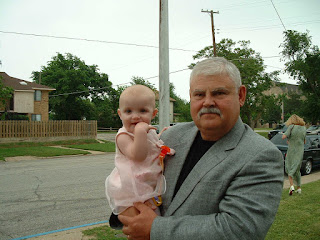 So, that's what my elephant was hiding.
My goal for this week is to conquer the pictures.
Instead of being sad, maybe I'll just break out the scanner
and embarrass some old friends on Facebook.
Nothing like big hair and blue eye shadow to make a girl feel better, right?

Posted by Dawn Alexander at 8:50 AM

That's so awesome! Thanks for sharing. I should find that motivating...I have a few piles like that...

What wonderful treasures! Thanks for sharing :)