I’ve had those moments. But really? That’s not exactly what my muse loves to be fed. It gets me the initial idea, yes. But my muse wants stronger stuff than a passing car or a painting to sustain me for a book. In that case, I turn to a very important fuel:

I know what you’re thinking. Who needs a freshness seal? That bag was gone in a week, but it got me through 23,000 words for the first week of November. I kept telling people, the book demanded it. No one believed me, I don’t think, but it’s true. Sometimes, you’re coasting along, writing away, and you stop. You have to ponder a scene for a while.

Now I’m highly OCD. I have nervous ticks that drive people up a wall. Especially when I’m trying to think. My fingers need to do things or I tend to destroy things that are around me. I also tend to grind my teeth together when I’m concentrating. My dentist hates me.

The book demanded Twizzlers at first, as evidenced by the picture up there. The good thing about Twizzlers is that they are relatively low calorie. Of course, that really doesn’t matter when you’re like me and finish off the bag inside of a week. They’re also chewy so I can sit there and grind on a Twizzler instead of my teeth. Not saying that it’s better… in fact, my dentist still hates me.

There’s a lot of me in my heroine in Off Her Game. Valerie doesn’t pig out on Twizzlers like me, but she needs to be busy. And that’s a big thing when someone suddenly has a huge lifestyle change, like losing a job. I drew a lot off my own personal OCD experiences. It’s never been debilitating for me. But I’ve always been aware of it. And while Val might not be as aware, she does know that she has her own oddities.

All this to say that I highly recommend candy as a way to feed the muse. I can’t tell you how many messes I’ve coaxed myself out of with a bag of Twizzlers. In fact, I’ve got another two pound bag in the kitchen for when I’m ready to hit the next half of my current WIP. But right now, that book wants Hershey’s Cookies n Cream and Elton John (music is an entirely different post, because if I tackled it now, Dawn would never invite me back…)

Sigh. The muse is never satisfied.

Thanks to Dawn for having me over today.

Have you ever been attacked by a hungry muse while writing? What was the food of choice? Talk to me.
~~~
Off Her Game is available on Amazon or Barnes & Noble for pre-order. Releases March 25, 2013!

Penalty Number One: Men
Making time for men and relationships doesn’t fit into Valerie Chase’s game plan. This crisis-counselor-turned-cocktail-waitress knows the score—Men are a distraction. But when a certain hockey player tempts her wild side, part of her wants to indulge in a little harmless fun.
Penalty Number Two: Desire
As the star center for the Texas Highlanders, Darren Moran’s good looks and deadly determination make him a fan favorite. But after the previous season’s disaster, the last thing he needs is to let some woman crawl under his skin. But… Valerie is different. She brings out the best in him—both on and off the ice—and he’s not about to lose her.
Penalty Number Three: Passion
When the game moves to the next level, Darren and Val have got to call timeout. An unplanned romance is a game-thrower, a sinful temptation that neither of them can afford. After all, there’s no way to have order in matters of the heart when the penalties tally up to an ejection from the game. 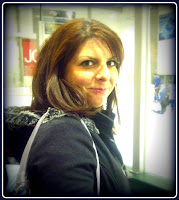 ~~~
Suzan Butler is a romance author with a penchant for Dr. Pepper, ice hockey, and world domination.  She lives in Texas under a not-so-secret identity with two monsters, writing books and planning the next step in her evil plans into the twilight hours of the night because that’s when it’s quiet in the house.
Visit her online on her website and subscribe to her newsletter to keep up with all her new releases.
Posted by Dawn Alexander at 1:00 AM

First of all, l CANNOT wait for this book!! As for food. CHOCOLATE!!! Any time. Any place. Chocolate makes it all better!!!

Chocolate is the current craving here too. Specifically, the Hershey's Cookies n Cream drops. So they're bite-size too... I'm in trouble... ;)

Oh heavens, I have been craving licorice lately but have dutifully left them on the store shelves and kept walking...and now you post this!

I used to do candy...but now I exercise. I know, not nearly as exciting. I try to stop every 25 minutes and do jumping jacks or reverse crunches. It's not as much fun as popping an m&m in my mouth but I don't have to work off the extra tummy later. :-)

Barb, oh, sure, be all healthy and junk. Luckily, I do workout otherwise I'd be in serious trouble with the amount of snacking I do. I also had a book that demanded carrots for some reason. I ate a lot of baby carrots for a couple months. LOL

Clever post, Suzan. When I first started writing after I retired, I existed on cashews and chocolate covered peanut M & Ms. Shouldn't have been too bad. I mean they were small, and nuts have some beneficial qualities. Maybe, but I gained 10 pounds like a flash because I wasnt' hiking the halls of the elementary school anymore. Now, I keep a glass of ice water near and sip on it. Not as fun as the cashews or M & Ms. Not that I don't snack, I just limit it to when I'm not in the chair writing. :)