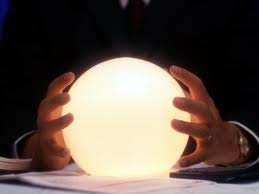 Want to feel old? No, of course, you don't. It was rhetorical. I'm going to tell you what made me feel old anyway. Spread the joy, so to speak.

My students are analyzing a piece of literature. One of the questions asks them to infer the time period of the story.

The correct answer is the 1940's-50's. It is never directly defined, but the subtle clues are that the parents have very defined roles (Mom stays home and takes care of the kids. Dad goes to work, reads the sport section out of the newspaper and isn't overly involved.) The more blatant clue is that a doctor makes a house call and uses the limited medical resources in his bag.
Simple enough, right? Want to the answer several of my students gave?

Their reasoning? The clearly defined gender roles and the lack of medical technology.

After I got over feeling like I should be collecting my retirement already, I realized in their limited view of the past 30 years ago is the dark ages...which made me start thinking about their view of the future.

The In Death series by Nora Roberts writing as JD Robb is set 50 years in the future.  The first book, which was published 1995, includes people carrying "data and communication" devices in their pockets. Hmm, maybe like an iPhone?
My favorite prediction from the In Death series is what Nora Roberts calls, "the autochef". It is a device that you load with food, program your meal and it is cooked and prepared for you. I am all for that!

So, what do you predict for 30 years from now? Flying cars? Too easy. Video phones? Already got that. Interactive virtual reality games? Yep. Been done.

What's left?  What would you love to see invent that probably won't be but would make our lives so much easier?

I'm going for little robots that gather, sort, wash, dry, fold and put away laundry. The implications of such a marvel would be beyond your imagination... at least it would for me. 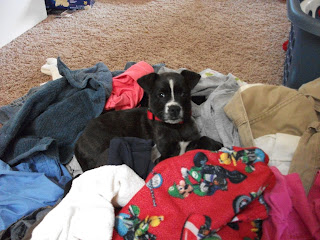 He's not much help.

Posted by Dawn Alexander at 7:19 AM

We could take a page from Star Trek--I'd like totally love a transporter!

I was in junior high and high school in the early/mid eighties. Yikes.

I'm all for the trekkie technology too. Replicators making the meals, travel to another part of the world like stepping into an elevator and non intrusive medical care.

So there. I'll be way old by then and probably one of those elderly getting lost, but getting lost on another continent...so worth it.

I spent $170 on 5 gallons of fence paint yesterday. Guaranteed to last for 25 years. Then it occured to me that in 25 years, my dogs will be long dead, I'll probably be in a nursing home, and my kids will be buying paint for their own fences.

I probably could have saved $10 and gone for the lower end version of the paint...