Cookie Monster, Marvin the Martian and why I will never do drugs.

I want to start off today's post by saying, I have never tried drugs of any kind. There's no "wink, wink" after that or even an "I didn't inhale."

I just never tried them. I was terrified of needles so, you know, that's out. I also had terrible allergies which meant I certainly wasn't smoking, sniffing or snorting. I've actually never even tried cigarettes.

I think part of the reason I avoided them so staunchly was because of one bad trip. 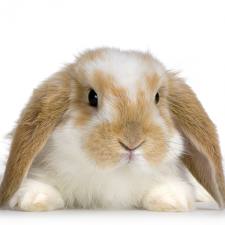 It all started with the bunnies. As I said, I was pretty much allergic to everything. So, when I came home with a rash after playing with a friend's bunnies all afternoon, my mom really didn't have any reason to be alarmed.

My Dad was out of town so Mom tucked me in her bed and we drifted peacefully into dreamland.

At some point in the middle of the night, I opened my eyes and this was staring back at me.
*Cartoon version of BIG, SCARY, SPIDER used here so I don't have flashbacks!*

In my 5 year old mind, I convinced myself that it was impossible a spider THAT big was sitting on my chest, looking at me. The blankets must have become twisted to look like a spider. Yes, that was it. All I had to do was smooth out the blankets and it would be gone.

I held my breathe, counted to three (twice, because I chickened out the first time) and WHACKED the blanket spider...which didn't move.

Terrified I turned to my sleeping mother and saw hundreds of these: 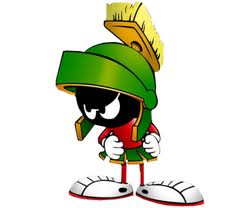 scurrying around her, no doubt preparing to cart her off into space.

And that would be when I started screaming.

Now, I should interrupt here and explain I had night terrors as a child. The problem with having night terrors is that when you are fully awake, hysterically babbling about giant spiders and little green men, your Mom tends to not take you as seriously as you would like.

Mom thought I was asleep.

She wrapped her arms around me to keep me from physically fleeing the bed, which I had every intention of doing.

At some point during my incoherent battle to escape, movement in my mother's dresser mirror caught my attention. 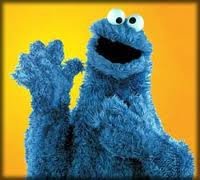 This guy was waving at me.

I instantaneously went from terror-filled to laughing.

"Look, mommy! Cookie Monster is in your mirror! He thinks I am going to give him my cookie, but I'm not going to."

First in the morning, we were sitting in a doctor's office. He declared the rash was not an allergic reaction, but the chicken pox.

The experience the night before had not been a night terror, but hallucinations brought on by the fever.

I will admit for years afterward, I would sneak a peak into my parents' room and check the mirror.

Just in case Cookie Monster ever decided to come back.

Email ThisBlogThis!Share to TwitterShare to FacebookShare to Pinterest
Labels: dawn alexander, Tell Me Your Story Tuesday

That would've been a sad story, but you...being a great writer...turned your experience into something funny. Really cute story!

I have to admit, Cookie Monster was always my favorite!

Not to get off track here, but I LOVE Cookie Monster! Just sayin'. This is hilarious, until you realize it's true. You poor thing! Glad you survived and used the experience to keep you on the right track later. Besides, who needed drugs when you had an imagination like that! ((smile))

LOL, I used to get this weird impression of textures when I had a fever, and the only way I can describe it is like giant waves of chewed gum spilling out of the back of a big semi trailer. I don't know why the truck is there, but it's important.

And I wish I could say I have as clean a background as you do, but hey...at least I never have to worry about running for president!

LOL! That's hilarious and sad for the little girl Dawn. :)

Thanks for all the support, Ladies! I think I recovered okay. :) Glad you enjoyed the story.
Cookie Monster has always been one of my favorites, too.

Teri~ Your textures thing kind of freaks me out.

Okay, so I laughed. But I swear I was laughing WITH you, not AT you. K? Hehehe.