Olivia Kelly Talks Music
Today we have a guest post from Regency romance author, Olivia Kelly. Olivia is a stay-at-home mom of two very active little boys, as well as a classically trained chef whose last job was working in the banking industry instead of a kitchen. She writes stories that focus on the relationship between the hero and heroine, the society they moved in and their families. You can find her on twitter @oliviakelly_.

Olivia, I give you the blog.


Hello everyone! First, I’d like to say thank you to Dawn for having me here today. I appreciate being able to come by and talk about two of my favorite things in the entire world: Regency England and music!
Okay, so now I know some of you just rolled your eyes and considered hitting that little X in the top right corner of your screen, but STOP! I am not here to extol the virtues of tatted lace vs. Belgium lace, and I’m certainly not going to debate the merits of Mozart vs. Handel. (I can see your eyes glazing over already.) 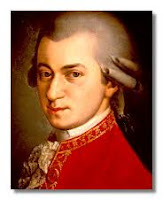 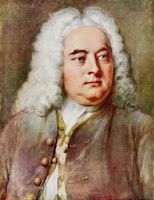 Nope.
Here’s where I’m going with this. When I write, (and I write romance novels set in 19th century England) I must have music. I have tried to work without it, and it is slow and painful. I’d rather poke a fork in my eye than listen to the ticking of the clock or that high pitched whine from the TV that no one else ever seems to hear. I’ve tried to write to what I think of as “era appropriate” music -like Chopin, which is quite lovely, but doesn’t usually do it for me either. Maybe it’s my generation, maybe it’s just the way my warped, little mind works, but I tend to do my best work to the tune of Foster the People, Tracy Chapman, Aloe Blacc, Kina Grannis, The White Stripes and Adele.
I also like to assign my characters theme songs.

In my novella, It Could Only Be You, (from the anthology Summons from His Grace) my hero Harry has been to hell and back. Having survived the deaths of his parents and young wife, and having fought in one the more vicious battles leading up to the American War of 1812, he then travelled to England to confront the grandfather who had disowned Harry’s mother, leaving Harry without family for most of his life. Still recovering from battle wounds, he literally collapses at the feet of Lily Beauchamp, the local vicar’s daughter, and learns that sometimes, if you are very lucky, life will give you a second chance. It’s up to you to grab that chance with both hands and not let go.

As for Lily, well, I just loved the song Stars Falling Down by Kina Grannis. Again, it’s a soft, acoustic guitar that accompanies the sweet, light voice of Kina. The lyrics are so hopeful, and I feel like Lily wants to be hopeful. She’s not a young girl anymore, but she’s still searching for love.

I don’t always choose soft songs for my characters, though. One of my heroes has “Welcome to the Jungle” by Guns n Roses as his theme song, and Taio Cruz’s “Break Your Heart” seems almost like he sang it just to inspire another character of mine. If a song fits, it fits. Rock, blues or pop –as the song says “Anything goes!”

Do you like to write or read to music? Do you hear a song and it reminds you of a character, or a book you’ve read?
(If you leave your email address in the comments, then you will be entered for the
Regency  Summons Anthology Prize Extravaganza
drawing that will take place on December 15th. Some of the awesome prizes include a Kindle, gift cards to Amazon and Barnes and Nobles and free books! And who doesn’t like free stuff?)


Thank you so much for visiting with us, Olivia.

Also, tomorrow we will be having a musical Friday Plot Swap! So think of your characters theme songs and come swap with us !
Posted by Dawn Alexander at 9:26 PM

Olivia, I write in silence most of the time, but if I hit a snag on a particular scene, I'll listen to music. My IPod is loaded with every thing from Adelle to Toby Keith, so I'll pick something that fits the mood for inspiration. Most of the time that gets me back on track.

I've never chosen theme songs for my characters, but it sounds like fun. I can't write to anything with English lyrics. I know, I'm bizarre. Words I understand distract me. I mostly listen to Karsh Kale on Pandora radio. The songs have an Indian or Middle Eastern flavor, and some are very sensual. But I only listen to music when I need to block out noise.

Gee, I really thought this was just me. I cannot get into the groove of writing if I don't have my music. My husband bought me an iPod a few years ago, and my writing was transformed. My first book which is almost ready for publishing has Isaac Hayes - I Stand Accused, running throughout the entire book. It is my heroine's theme song.

I can't listen to music while I write, I wander off into la-la land too easily, though I do like to use music as inspiration. I just don't think I could write a whole novel listening to "The Dance" by Garth Brooks over and over and over...

And Dawn's got my email addy!

I loved the music and I envy anyone who can write while listening to it. I have to have as much silence as possible.

Olivia ~ after 13 years of marriage to a composer (whose temperament I used to liken to an enraged Beethoven on a good day when we were married) I find that I prefer life these days with a little peace, quiet and no artistic rants. I could honestly never hear another song and I wouldn't miss it, not really. I think I've been traumatized. ;)

BUT in the old days (of 3 years ago)... I was a fan of Barry Manilow, whose music is really a decade older than my generation ~ but I found so many of his songs had just the right amount of angst to give me the best feel when I was writing.

Jerrie, don't you just love Adele? There is something so raw and sincere in her voice.
Samantha, I know what you mean about getting distracted. Sometimes I have to stop writing and switch Pandora stations because it just isn't working for me. VERY distracting!
And I haven't heard that Issac Hayes song -I've have to check it out!

I use music to help me get into the mood of the book or scene. I usually have a playlist with a mix of lyrics and new age.

I don't usually have a song for one character. More look setting the mood. I usually have at least one Pat Benetar song and one Roxette song in the list.

Teri, I could never listen to the same song over and over, it would drive me 'round the bend completely! But I do like to assign a theme song, it gets my head in the "right/write" place, lol.
Thanks, Ella. I think everyone has their different styles. I envy those of you who can work in silence, when I have a headache and still need my music. :)
Ava, I would be traumatized too by that! My ex-boyfriend was sooo into WWE, I can't even look at a poster or toy in WalMart without shuddering. he even dragged to one of those arena matches. Seriously? Can you see ME at one of those? We broke up fairly soon after that. ;D

I do have actual playlists too, Beth, of songs that really resonate with me, but mostly I use Pandora. i like the variety. BTW- Beth is currently looking for water-themed or water-inspired songs for her new WIP, if anyone knows of any! :)

Love it when get home and see y'all have been having a good conversation.

I make playlist for my novels and theme songs for my characters. I listen to them before I start a particular scene, but I definitely do my best writing in silence.

Thanks to everyone who stopped by to support Olivia!

Thanks for having me today, Dawn! I really enjoyed being her and had a great time on your blog!